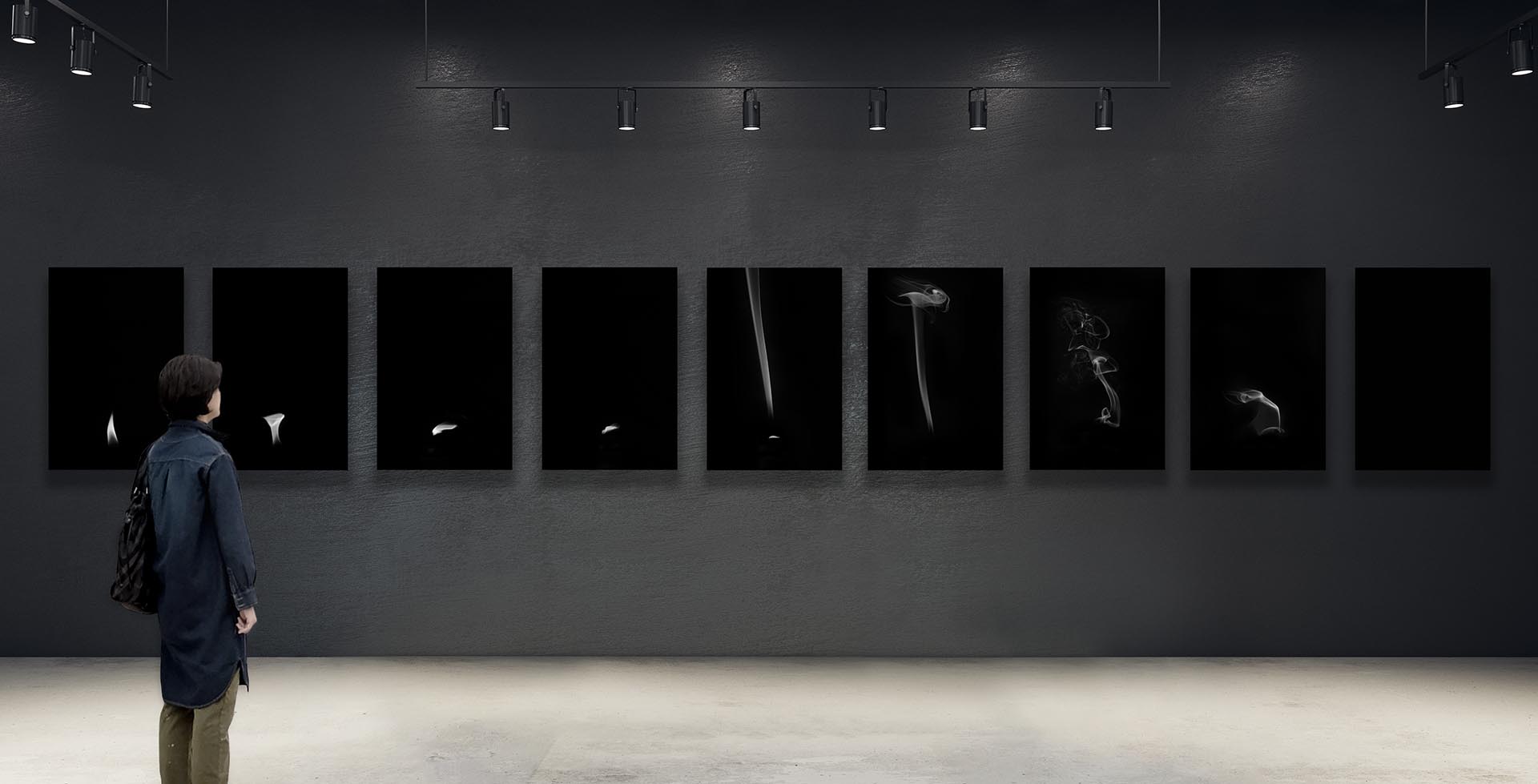 George Floyd was an Afro-American killed during an arrest on May 25, 2020, after a police officer kneeled on his neck while he was pinned to the floor. The kneeling lasted over 9 minutes.

While in a chokehold, Floyd repeatedly claimed that he couldn’t breathe.

The footage of the arrest also shows people who stopped at the scene alerting the policeman that Floyd was choking and even bleeding from the mouth. But the officer didn’t listen to either Floyd or anyone else.

Seeing the footage for the author was shocking. By looking at it, you get the feeling that the officer was even pleased with the situation(1).

In those absurd minutes, the officer deprived Floyd of his life, his dignity, even his decency. He trampled his soul with all the inner flame, knocking it to the ground and stifling it until nothing of that flame remained. Not even his smoke.

Seeing those images, the author immediately thought of a sequence of a candle deprived of its flame. That same evening he created the sequence of this artwork, where each shot represents one of those dramatic 9 minutes.

(1) Neurosciences shows that aggressive behaviours lower the level of stress (this could happen by blocking glucocorticoid generation – Sapolsky – Behave – Ed. Vintage 2017, p125, 132). Maybe this could explain the agent’s attitude that the author has perceived in the footage of the arrest.

The greatest achievement of photography consists in its gradual liberation from reality. The photographer is no longer required to objectively show the news to which he refers, he can decide to replace the real thing with a figured image. Giangiacomo Rocco di Torrepadula works by symbolic transposition, he reflects on the death of George Floyd using the metaphor of the candle. We see its flame and smoke. Then the darkness.

We know how much the death of this African American man has shaken public consciousness and how widespread the media coverage of the video of his arrest is. The intent of Giangiacomo Rocco di Torrepadula was to involve other people to act against prejudice and racial hatred, directing his action to the world of art. In the series “I Can’t Breathe” he then made nine images, corresponding to the minutes in which the police officer pressed his knee to Floyd’s neck, causing him to suffocate.

Nine photographs in which black envelops a large part of the surface of the work, to the point of conquering it in its entirety. If documentary photography informs, overlapping with other communication channels, the metaphorical image suggests, inducing a choral reflection. Yes, because this is what Giangiacomo Rocco di Torrepadula is telling us. Participate! Through the nine photographs we are called into question, we are invited to take part in the story, encouraged to get out of our comfort zone.

In the recent project “A postcard for Floyd” the request of Giangiacomo Rocco di Torrepadula becomes explicit and the participation of the public more active. The sixth image of the series, printed in 10×15 cm format, was sent to hundreds of people from the world of Italian culture, over two hundred of whom have already responded with truly surprising textual and graphic results.

*Curator and Founder at Chippendale Studio